As we that are left grow old

25th April, ANZAC Day,
the day that New Zealanders and Australians
remember and commemorate those men
and women who have made sacrifices in war.

“Somewhere between the landing at ANZAC (cove) and the end of the battle of the Somme, New Zealand definitely became a nation.”

As the years have passed, so too have the survivors of those first battles, the original ANZACs.  But their spirit, the values that those survivors brought home with them are to be admired and passed on to the following generations.

On ANZAC Day we recite the Ode of Remembrance, watch the flag lowered to half mast to the Last Post and raised again to Reveille, sing hymns and anthems, lay wreaths.  We remember. 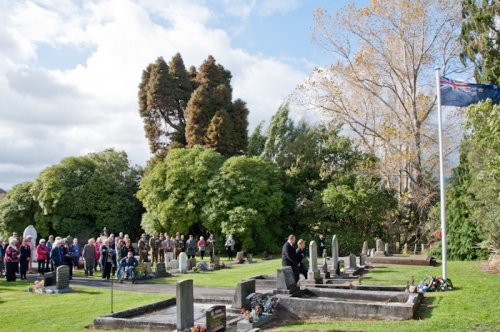 Sharing these ceremonies in the company of hundreds of members of our community, including our children in the commemorations is all a part of keeping that ANZAC spirit alive.

Many children and young people attended and were involved in this year’s services. 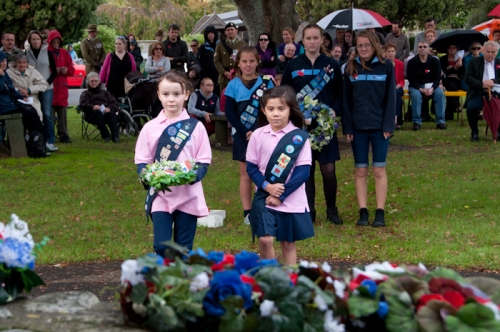 Laying wreaths at the memorial in Ashhurst

Jacob recently joined the Palmerston North Cadet Unit, the Cadets participated in a number of services around the region this year.  They marched and layed wreaths at the Ashhurst Civic Parade service.  The Cadets are an organisation that embodies the military service values of courage, commitment, camaraderie, compassion, selflessness and sacrifice.  Jacob was asked to place a wreath of cards that was made by Ashhurst School pupils in 2010, the wreath had been stored at the RSA as a piece of history.  He wears his great-grandfather’s medals. 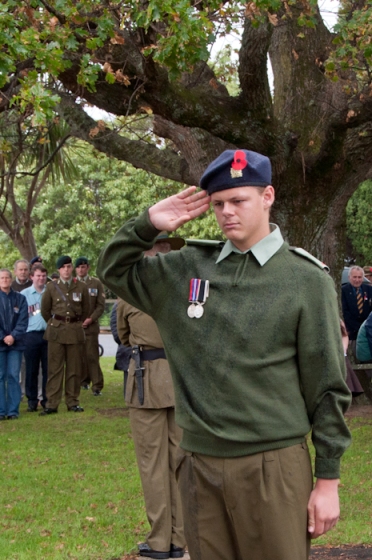 We’re proud of you, boy!

They shall grow not old, as we that are left grow old:

Age shall not weary them, nor the years condemn.
At the going down of the sun and in the morning,
We will remember them.

Let me know what you think! Cancel reply